Has someone ever told you this, “Insulation is useless; you can create ideal temperatures through heating systems?” Yes, a few heating-system companies now tell it to mislead homeowners. Are you a homeowner who got into this trap; now you are wasting money on those unreliable heating systems, but your home’s temperature levels are nasty? If someone says that, “Insulation is useless;” chase them away from your home. Well, we can break this ridiculous myth by highlighting only one fact here. Do you know for how long thermal barriers exist in this world? Well, Insulation is there for almost a century. Would you think that something “useless,” as they say, would survive in the market for a century?

OK, let’s understand how thermal barriers create the best atmosphere in your home! Heaters and conditioners are “OK” as short-term solutions to fight the winter cold and summer heat. But, none of those run on their own; you need to supply them with energy like electricity or gas. In Australia, you won’t get gas and electricity for free. But, those heating system companies talk like you get those for free. Moreover, it is a well-known fact that heaters and air conditioners are among the household items that consume energy in the highest amounts. And, this means even if those items create a reasonably comfortable atmosphere in your home; you have to afford big money for it. In other words, the cost of running heaters and air conditioners is a never-ending one. Insulation, on the other hand; doesn’t rely on energy. You install it; then it lasts for decades for you. Anyway, Insulation is not just there for you. It protects you from winter cold and summer heat 24-7 and 365 days a year. You don’t have to afford any additional costs other than the initial buying and installation. Most of the time, you can install thermal barriers yourself, if you make sure no mistakes made throughout the installation process. Why would some service providers say, “Insulation is useless?” Well, all those heating and conditioning system suppliers are not doing well as thermal barriers are the element that has gained the highest recognition. To break that long-created trust, they spread myths among homeowners. Anyway, Insulation suppliers in Australia now work against their ill-act.

Yes, in commercial properties and offices; air conditioners are running today. But, those air conditioners are set at low levels thanks to Insulation. If those offices and commercial properties don’t have thermal barriers, the managers of those properties will have to run air conditioners at the highest level, which is a costly option that wastes electricity. The Australian government won’t let you waste Australia’s energy that way; the Australian government is pretty strict about it, and we should thank them for it. We don’t want our country and the world to face a future energy crisis. Are there any disadvantages related to Insulation? Well, we got nothing to mention as disadvantages here. Anyway, you should buy thermal barriers from reputable suppliers in your city, and you can 100% rely on IBS here. Also, make sure you do the installation part right, without making any mistakes. Once a month, inspect Insulation for possible damages caused by day-to-day environmental factors. Got more questions? Call us today! Can Ceiling Insulation Last For Many Decades? 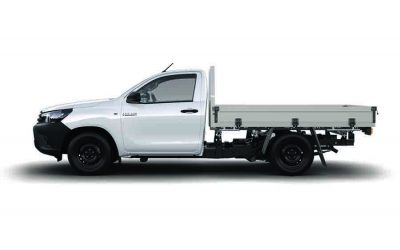 You Can Benefit From These ute hire Melbourne Methods How Does Car For Rent Business Model Work